Today’s post concerns the ‘Er Outdoors project which is the main focus of Geography Workshop in its first year. Whether it is the sign of the times or a happy serendipity or shared necessity and compulsion to switch off the “lies from the loud-speakers” (Orwell, 1941) and their attendant selective vision/hearing of those who disrupt their myopic version of life, ‘Er Outdoors attends to making audible the voices of women past and present and gives value to those whose work serve to inform, transform and reconfigure internal and external landscapes, ways of seeing and ways of listening.

The ‘Er Outdoors radio shows made for the Clear Spot slot in Resonance FM’s schedule and the upcoming Walking Women events in London and Edinburgh feel like a tangible and significant move to create differently arranged and diverse narratives which trouble presumptions and assumptions of established culture.  In this case, to reveal the myriad and plentiful histories and contemporary works of artists who are women who practise walking and work in the outdoor landscape to create their works of art.

This week Geography Workshop has had much fun in the radio studio.  Not only  a return studio engineering training session scheduled with the lovely Mike and JP at The Showreel in the Soho Recording studios, but two new ‘Er Outdoors programmes have been recorded with some seriously significant discussions from Walking Women Artists, thanks to the engineering radio production support of Michael and the life-affirming folks at Resonance FM.

The second programme in the ‘Er Outdoors series is subtitled Women in the Open: Stories of Walking.  Presented and curated by Dee Heddon and Cathy Turner, who reflect on their own history of coming to walking art performance work and of the geographic and spatial ways people variously experience the landscape by traversing it, navigating inner and outer worlds, perceptions and perspectives.  Dee and Cathy are joined by guests Sue Porter and Sharanya Murali to critically explore the presumptions and assumptions of the imagined geographies of ‘streets’ and how one ‘walks’ to spark further discussions about geographies of access, mobility, adaptation, challenge and exclusion variously encountered with specific examples from the UK and Delhi. 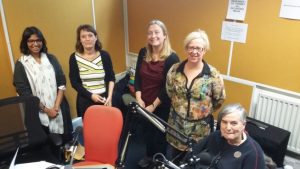 Touching on themes and examples discussed by Dee, Cathy, Sue and Sharanya, the third programme in the ‘Er Outdoors series of radio programmes is subtitled The Art of Walking Women and asks three artists to reflect on their work. In this programme artists Amy Sharrocks, Clare Qualmann and (in a pre-recorded phone interview from Paris) Kubra Khademi reflect on their motivations for their work. Reflecting on how walking serves to politically embody live art performance and how different ideas serve to inform audience/participants and interplay to variously subvert the landscapes and cultures in and through which the performances have been conducted. This is especially underscored in the prerecorded interview with Kubra. That Kubra was unable to join us in the studio due to her precarious situation having fled Afghanistan after a fatwa had been declared on her for her 7-minute piece of performance art ‘armor’ in 2015 leaves much larger, bigger, deeper cultural, geopolitical  and identity questions about freedom of movement and expression and the way someones complex identity serves to shift the boundaries of possibility and geographies of acceptable behaviour, moral codes across different scales of landscape and designation of place and environment. 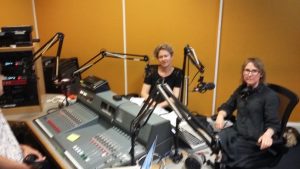 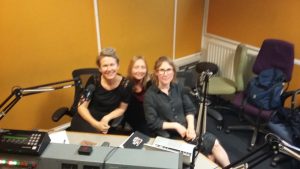 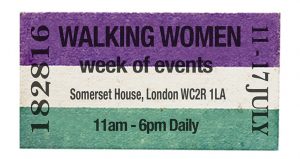 Both programmes will be broadcast within the next week to serve as preview and accompaniment to the Walking Women series of events held as part of the Utopia season at Somerset House in central London 11 – 17 July 2016, and Forest Fringe in Edinburgh 11th August.

Walking Women is a genuinely significant event in gathering together a large international number of women performance artists both physically and virtually (via a Wiki-athon). Geography Workshop is very chuffed to be associated with this event, in working with artists and curators Amy, Clare and Dee and getting involved in events over the course of the weekend.

Women in the Open: Stories of Walking is due for broadcast on Resonance FM in the Clear Spot slot 8pm Friday 8th July (repeated Monday 11th July 9am)

The Art of Women Walking is due for broadcast on Resonance FM in the Clear Spot slot 8pm Thursday 14th July (repeated Friday 15th July 9am).